Antonio Cares Casilla is an artist from Santiago, Chile. He sent us a card that illustrates a surrealistic poem “Oda a la Tipografía” by Chilean poet Pablo Neruda. Antonio incorporated a verse ‘Typography, let me celebrate you in the purity of your pure profiles…‘ into his artwork.

Anja  Mattila-Tolvanen from Pälkäne in Finland is a prolific mail artist, poet, and photographer and her art can be found in many collections and archives around the world. She has sent us 2 hand-made art books.

The smaller book is about the relationships between women and men and their role in our society. Anja explains the second book: “The larger book contains a broad historical message. It emphasizes the importance of literacy, syllabus and education. The book also contains a message from Pälkäne and Pälkäne’s history.” The book also celebrates literacy in Pälkäne, where, in 1719, a bookmaker Daniel Medelplan was commissioned by the Church to create the ABC book. The book was printed in 1000 copies and used for years, but not a single copy survived. Medelplan’s book helped greatly literacy in Pälkäne. 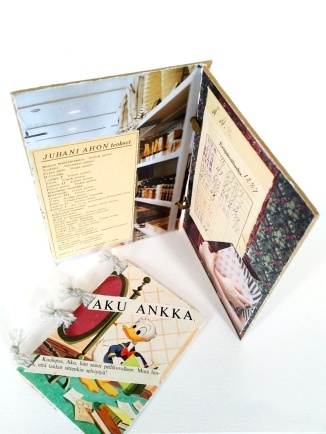 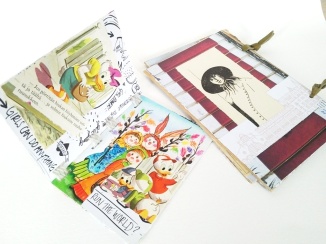 Piroska Horváth is an artist from Austria who was taking part in previous Droitwich Mail Art exhibitions. This year, she sent us prints of a digital book with photos of her previous exhibits on our exhibitions, together with photos of the exhibitions and certificates.

Jas W Felter is an American-born published poet, art critic, author, film-maker, curator, collector and visual artist who lives and works in Vancouver, Canada. He was interested in arts since childhood, at first as a photographer. He sent his first mail art in 1957. Later in his artistic career, he organised numerous exhibitions of mail art and artistamps.

Jas sent us a digital print “MU Revealed” by Tony Earll, which is a book that describes an ancient civilisation Mu. The subject is still tickling peoples imagination and many enthusiasts trying to prove the existence of this super-civilisation. 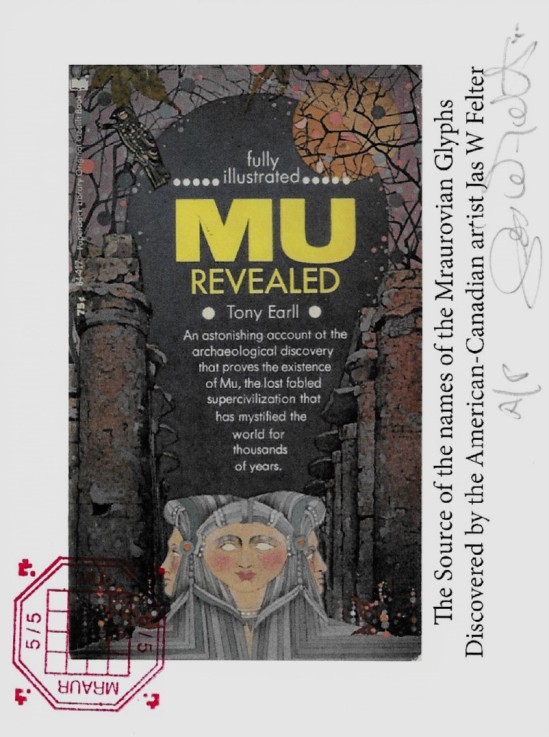 Istanbul-born artist Burak Boyraz whose specialist interests are paintings and traditional paintings and restoration,  exhibited his artworks in numerous exhibitions in Turkey and abroad. He also took part in various research and education projects and courses. He has sent us an original painting titled “Dementia – Mini III (Snow)”, inspired by Orhan Pamuk’s novel “Snow”. 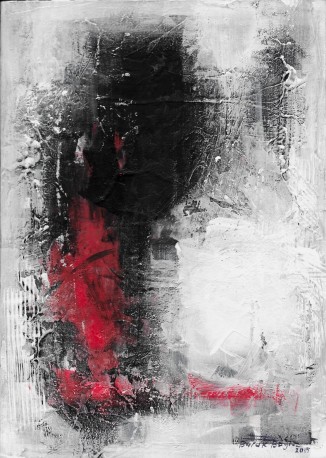 Barbara Ihme is a German artist, poet, and art therapist and couch. She is working mostly in watercolours and ink and she exhibited her artwork in numerous shows in Germany and internationally. She published the book “SPIRALE or Panta Rhei”.

Barbara sent us a postcard with a handwritten excerpt from “Letters to a young poet” by Rainer Maria Rilke. It is an opening paragraph:

Your letter arrived just a few days ago. I want to thank you for the great
confidence you have placed in me. That is all I can do. I cannot discuss your
verses; for any attempt at criticism would be foreign to me. Nothing touches a
work of art so little as words of criticism : they always result in more or less
fortunate misunderstandings. Things aren’t all so tangible and sayable as people
would usually have us believe; most experiences are unsayable, they happen in a
space that no word has ever entered, and more unsayable than all other things are
works of art, those mysterious existences, whose life endures beside our own
small, transitory life…

The artist with pseudonym EVER ARTS from The Netherlands has sent us two copies of the postcard. It is a photo of a bird and it is inspired by the French novelist Romain Gary’s book ” The Birds Come to Die in Peru”. There is also a political message ‘Oil and birds don’t mix’ that raises a question of the oil pollution.

Sabela Baña is a visual artist and poet from A Coruña in Spain, who sent us her postcard titled: “Calligraphy: Easel does it”, published in 2004 by Axis Publishing Ltd. More about Sabela’s art and poetry can be found on her personal website. 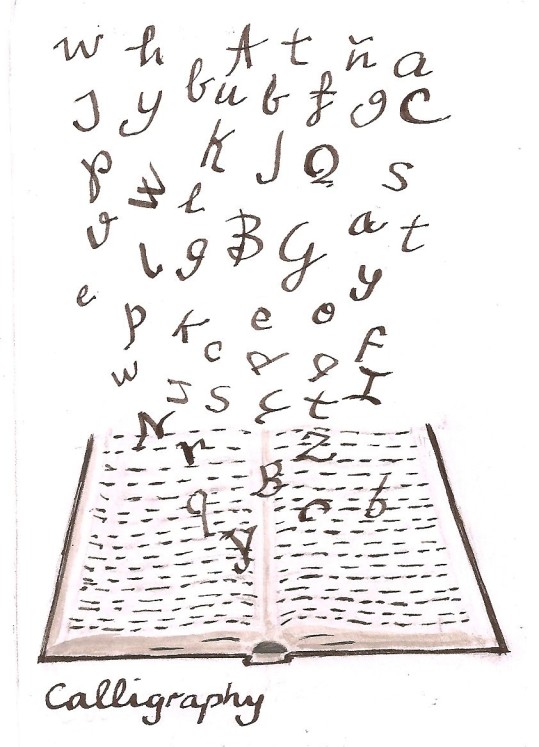